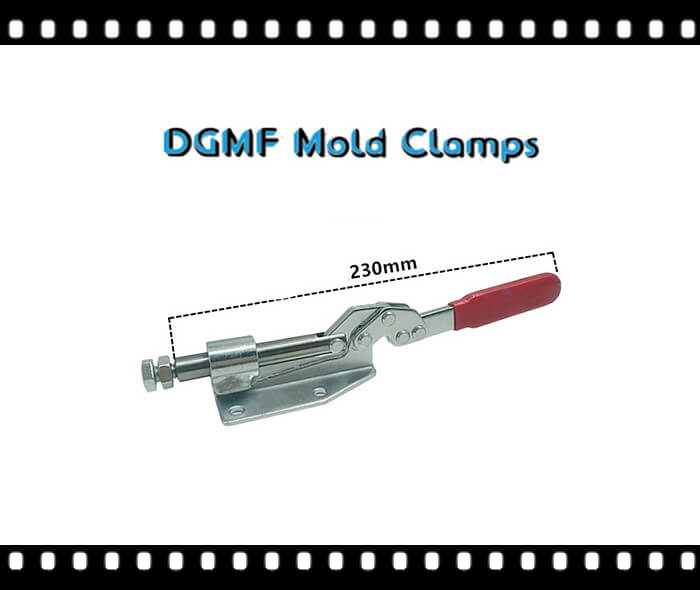 The clamping force Fs exerted on the workpiece is mainly dependent on the following criteria:

– the input force which is applied to the operating handle,

Since the applied force on the lever by the operator is not known, the clamping force Fs shown in the table is only specified for pneumatically operated clamps.

The clamping force Fs can be altered by re-adjusting the position of the clamping bolt. The clamping force increases if the entire contact area of the bolt arrives on the workpiece prior to the toggle linkage reaching the dead center point. This effect is illustrated clearly when using an elastic clamping pad.

In this position, the toggle linkage has arrived in the over-center lock position and the operating lever has reached a firm stop and is thus prevented from opening until it is released by the operator.

The force which the clamp is capable of withstanding in this over-center lock position without suffering permanent deformation is known as holding force FH. The holding force has a characteristic value (co-efficient) for toggle clamps and this value is mainly dependent on:

– the size (dimensions, geometry) of the toggle clamp,

Contact the DGMF team for the clamp specification, inventory, pricing.