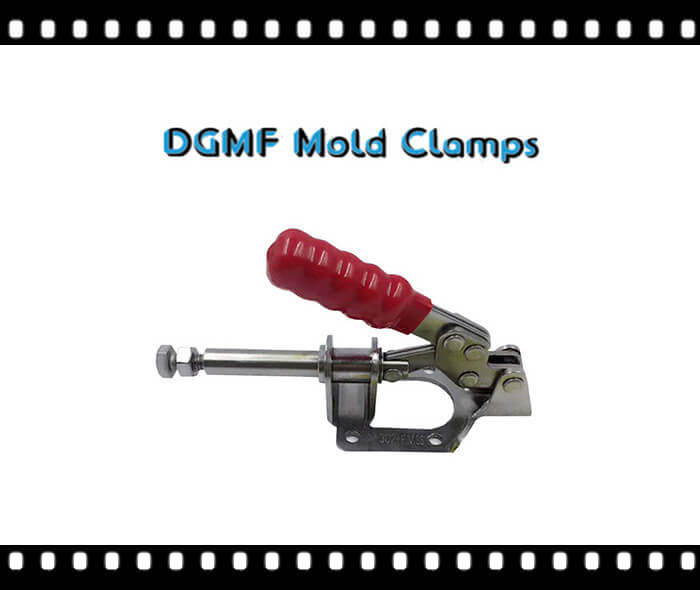 Due to their favorable power to movement ratio and their easy action, the toggle clamps are versatile applicable for a wide range of uses.

On these clamps, the swinging movement of the operating handle is converted into an axial movement to push or pull the plunger.

They lock at the end of their stroke in both directions. For this reason, they lend themselves to push or pull operations.

These manual Push-Pull Action Toggle Clamps are can be secured to an application using a Mounting Bracket.

The control and clamping levers move in opposite directions. When clamping is obtained, the control lever is in the horizontal position. Available with clamping forces between 40 and 620 daN.

Parts made of case-hardening sheet steel. Hardened and tempered supporting pivots. Supporting bushes (for sizes from 350 daN and over) undergo case-hardening and grinding.

Finish: Galvanized. The shape of the tool ensures a safe distance between the clamping and control lever that prevents the operator’s fingers from getting stuck during the opening of the tool.

The clamping lever is guided in the locked position for additional stability in any sideways movement. In order to prevent accidental openings, caused by vibrations, some tools of this series are provided with a device called, “safety device”, suitable for maintaining the clamp in a closed position.