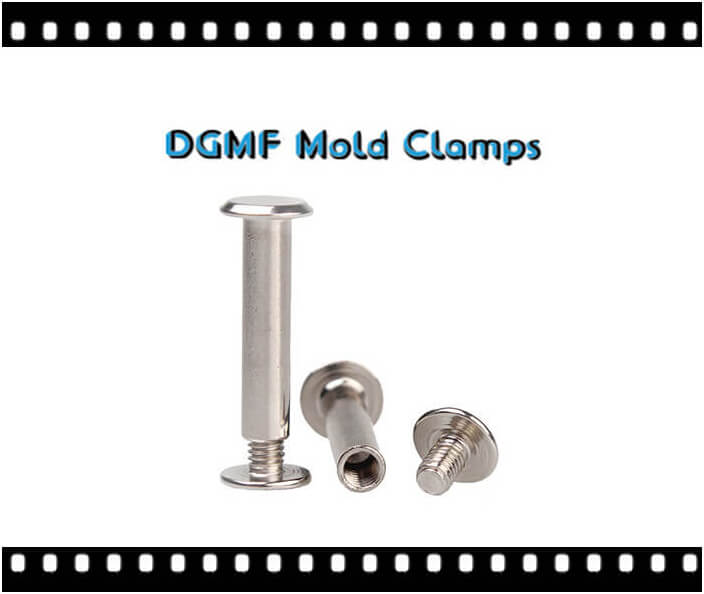 What is a sex bolt?

A sex bolt, (also known as a barrel nut, barrel bolt, binding barrel, Chicago screw, post, and screw, or connector bolt), is a type of fastener (nut) that has a barrel-shaped flange and protruding boss that is internally threaded.

The boss sits within the components being fastened, the flange provides the bearing surface. The sex bolt and accompanying machine screw sit flush on either side of the surfaces being fastened. It is normally chosen because of its low profile compared to other nuts.

The Chicago Binding Screws Sex Bolt often has a built-in feature, such as a slot, to aid in tightening the fastener.

Some sex bolts, more commonly known as “architectural bolts”, have knurled barrels to allow one-sided assembly. “Binding posts” are similar to architectural bolts in that they are designed to be assembled from one side, but they have teeth on the flanged surface to keep them fixed.

A sex bolt is a mating fastener combining a fastener (nut) with a fastener (screw). The sex bolt consists of a female (internally) threaded barrel (nut) and a male (externally) threaded screw. Both the barrel and screw have heads designed to clamp (bind) material between the head of the barrel and the head of the screw, or to bridge the gap between two parts.

Due to the Chicago Binding Screws Sex Bolts have many functions, so they also are known as below names:

Sex bolts often are going through pre-drilled holes. The barrel diameter should be slightly less than the installation hole.

Length and thread class fit for both barrel and screw. The more tread depth, the more difficult these parts are to manufacture, and the more expensive.