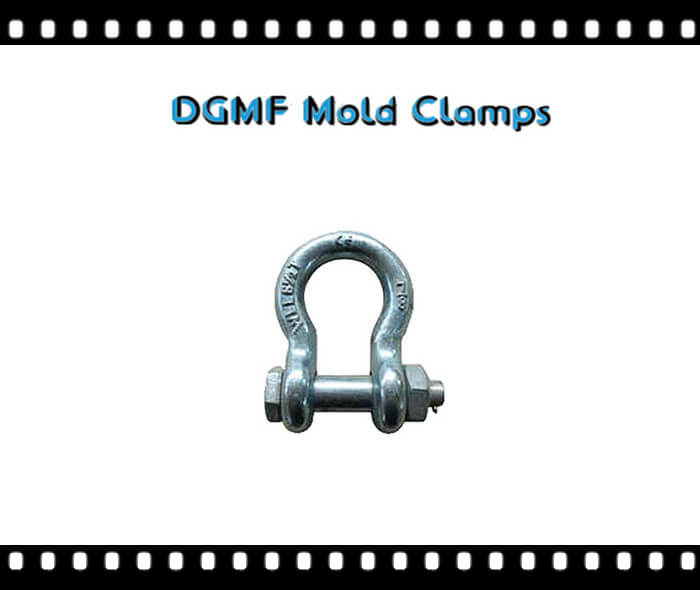 What Are Lifting shackles Bow Dee and Safety Pin Shackles

A shackle, also known as a gyve, is a U-shaped piece of metal secured with a clevis pin or bolt across the opening, or a hinged metal loop secured with a quick-release locking pin mechanism.

Lifting Shackles are the primary connecting link in all manner of rigging systems, from boats and ships to industrial crane rigging, as they allow different rigging subsets to be connected or disconnected quickly.

A shackle is also a similarly shaped piece of metal used with a locking mechanism in padlocks.[citation needed] A carabiner is a type of shackle used in mountaineering.

The surface treatment is generally divided into galvanizing (hot-dip and electroplating), painting, and Dacromet plating.

Lifting Shackles are connection links, used to make a connection between the load lifting device and the load to be lifted. There are two main shapes/styles of lifting shackles and they are “D” Shackles (or Dee Shackle) and bow shackles otherwise known as Omega shackles.

A Bow Shackle is an ‘O’-shaped metal link that is closed by a bolt. Similar to an Anchor Shackle, the rounded design of both shackles allow Bow Shackles to take loads from many directions without developing a sideload.

With a larger “O” shape to the loop, this shackle can take loads from many directions without developing as much sideload. However, the larger shape of the loop does reduce its overall strength. Also referred to as an anchor shackle.

Also known as a chain shackle, D-shackles are narrow shackles shaped like a loop of chains, usually with a pin or threaded pin closure. D-shackles are very common and most other shackle types are a variation of the D-shackle. The small loop can take high loads primarily in line. Side and racking loads may twist or bend a D-shackle.

The pin is threaded and one leg of the shackle is tapped. The pin may be captive, which means it is mated to the shackle, usually with a wire. The threads may gall if overtightened or have been corroding in the salty air, so a liberal coating of lanolin or a heavy grease is not out of place on any and all threads. A shackle key or metal marlinspike are useful tools for loosening a tight nut.

For safety, it is common to mouse a threaded shackle to keep the pin from coming loose. This is done by looping mousing wire or a nylon zip tie through the hole in the pin and around the shackle body. For pins that have a cross-hole in the threaded end, a cotter pin can be used.

Rated load of the shackle

The corresponding tonnage specifications of the model are as follows: