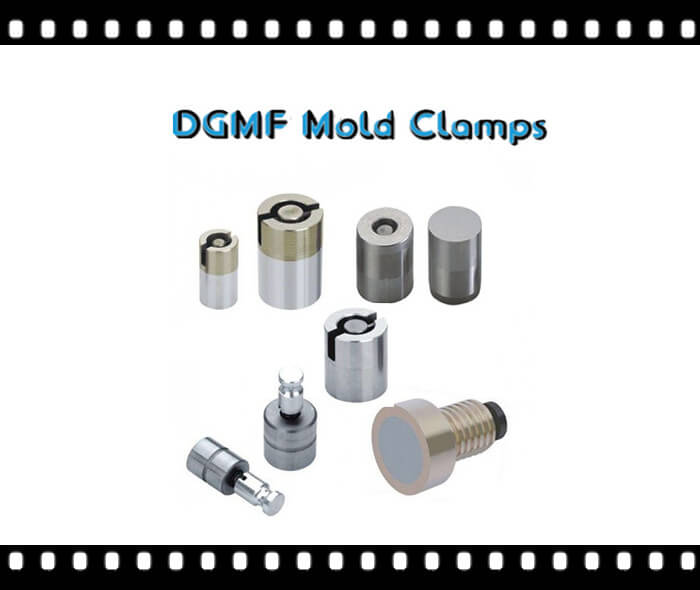 The air poppets are designed to break the vacuum created during injection molding. They are built to provide long life using all stainless steel materials and are heat-treated to 44-46 Rc. If you would like to place an order for air poppets, please contact us.

Air Poppets are used for injection molding to remedy the vacuum problem often encountered during the molding of deep-draw or thin-walled parts.

In a deep airtight vacuum state, it is easier to eject with an air poppet than an ejector pin; when the product has a large surface area and is not easy to fall off, the force of the plastic part ejected by the air poppet valve is uniform and the effect is better. The air valve cap has high precision, simple installation, no space, and great function. It is the best product for improving the ejector device at present.

The principle is to use the air valve to control and use the principle of air diffusion to make the product fall off instantly, achieving the effect of automation. The material of the air valve top is made of stainless steel and does not rust. The application of the air poppets eliminates the trouble in the design and production of the mold in the ejector pin, and at the same time can resolve the failure in the injection, which is a new breakthrough in the mold manufacturing industry.

Type introduction of air poppet valve generally the smallest diameter of the air valve can be 5mm, the maximum diameter can be 30mm, and the maximum height of the gas cap can be 50mm.

The heat generated can cause the plastic to burn. When the filling speed is fast, the temperature is high, the material viscosity is low, the injection pressure is high, and the thickness of the injection molded part is too large, the gas will penetrate into the plastic part under a certain degree of compression, causing defects such as porosity. The structure is loose.

The air tip should be used when the plastic part has no wall penetration. The ejection force of the plastic part is uniform, which solves many problems of ejecting plastic parts with other ejection structures, shortens the mold manufacturing cycle, saves mold materials, and reduces costs.

Process the airway according to the size of <diameter, and press in with a softer metal or wooden hammer.