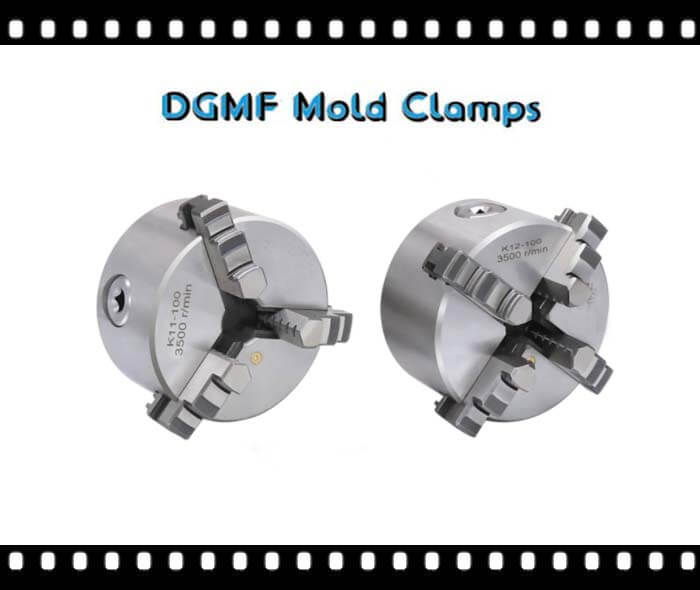 What is CNC Lathe Chuck?

A “CNC lathe chuck” is a mechanical device used to clamp workpieces on machine tools for CNC lathe machines.

Or other machinery tools.

What is a chuck in machinery?

The chuck is a mechanical device used to clamp the workpiece on the machine tool. Using the radial movement of the movable jaws evenly distributed on the chuck body, the workpiece is clamped and positioned as a machine tool attachment.

The chuck is generally composed of three parts: chuck body, movable jaws, and jaw drive mechanism. Chuck body diameter of a minimum of 65 mm, up to 1500 mm, with a central through-hole to pass the workpiece or bar stock.

The back part has a cylindrical or short conical structure and is connected directly or through a flange to the end of the machine tool spindle.

The chucks are usually mounted for use on lathes, cylindrical grinders, and internal grinders, and can also be used on milling and drilling machines in conjunction with various indexing devices.

What are the CNC lathe chuck types?

The use of power can be divided into manual chucks, pneumatic chucks, hydraulic chucks, electric chucks, and mechanical chucks.

The structure can be divided into Hollow Chuck and Solid Chuck.

When the small bevel gear is wrenched, the large bevel gear rotates, and the flat threads on the back of it make the three jaws move closer to the center or exit at the same time.

The four-jaw chuck is driven by four screws with four jaws, so the common four-jaw chuck does not have the function of automatic centering. However, by adjusting the position of the four jaws, various rectangular and irregular workpieces can be clamped.

What is a soft jaw chuck CNC lathe chuck?

When turning large batches of workpieces, soft jaw chucks can be used in order to improve the positioning accuracy of the workpiece during machining and to save auxiliary time during workpiece mounting.

In order to change the diameter and shape of the jaw surface arc at any time according to the actual needs, the jaws of the three-jaw chuck quenched are replaced with mild steel, copper, or aluminum jaws.

If the chuck jaws are two-body, the jaws can be replaced with soft metal; if the jaws are one, can be fixed in the jaws of a soft metal block.

If the plane thread of the three-jaw chuck is worn more seriously, the accuracy is poor, after replacing the soft jaws light machining, the positioning accuracy of the workpiece after installation can still be maintained within 0.05mm.

Soft jaw chuck clamping has been processed surface or soft metal, not easy to pinch the surface. For thin-walled workpieces, fan-shaped jaws can be used to increase the contact area with the workpiece and reduce the deformation of the workpiece.

The soft jaw chuck is suitable for semi-finish turning and finishing turning of workpieces in mass production when the machined surface is used as the positioning fine reference.

Soft jaws for clamping workpiece part than the hard jaws longer (10 ~ 15) mm, for multiple turning, and to the number assembly.

What is an electric chuck CNC lathe chuck?

A kind of electric chuck device, involving a class of general-purpose fixtures for clamping workpieces widely used in the field of machinery.

When the electromagnetic brake assembly is energized, the electric chuck device clamping function unit is connected to the bed head box as one and does not rotate.

When the electromagnetic friction clutch assembly is energized, the power function unit of the electric chucking unit transmits the rotary motion to the chucking jaws to clamp or unclamp the workpiece.

Compared with the existing technology, this electric chuck invention effectively reduces the number of parts rotating with the spindle and the quality of rotation, helps to improve the quality of spindle dynamic balance, is easy to series and standardize the design and manufacture, the device structure is simple and compact, easy to install and maintain.

What is a pneumatic chuck CNC lathe chuck?

The performance advantages of pneumatic chucks are mainly: compared with manual chucks, pneumatic chucks can automatically center and clamp workpieces instantly at the push of a button, and the clamping force is stable and adjustable.

In addition to improving efficiency, it can also realize one person to operate more than one CNC machine tool, which greatly reduces human resources costs, and also reduces the investment in fixed equipment, and is widely used in batch machining enterprises.

In addition, according to customer demand, we can customize non-standard pneumatic clamps for shaped parts (such as valves, pumps, and other castings) that are difficult to clamp.